This post is special because I’m not the author. Instead, it has been written by a young economist with a passion for making economics simple and relatable. Considering South Africa’s current poor economic performance – high unemployment rates, rising inequality and poverty – this article provides valuable insight and perspective. Do enjoy!

With foreign exchange trading becoming more accessible, a currency has been reduced to a vague value and it is slowly losing its depth. Technical analysis has limited currencies to patterns and past experiences, yet it’s important to note that prices reflect all available information. With that being said, there’s more to a currency, as it conveys the strength of a country’s economy against another.

An economy is mainly fuelled by its productivity. When that productivity gains momentum it causes prices to rise, therefore causing inflation to soar. The central bank’s duty is to intervene when prices rise by setting interests rates, which act as brakes and slows down price levels in a fast-growing economy. Evidently where interest rates go, the currency level tends to follow.

Productivity is driven by variables such employment, economic growth, geopolitical events and commodity prices. These variables give us a clue on how an economy is performing.

1) The employment status is derived by the Non-Farm Payrolls data, which is aimed at telling us how many jobs have been added in the economy to illustrate whether people are earning more or less than the previous month. This enables us to understand the amount of productivity in the economy in order to determine its growth speed.
2) Economic growth is derived from data on Consumer Price Index (CPI), Producer Price Index (PPI), Retail sales, Purchasing Managers Index (PMI), and the Trade Balance: CPI is a measure of inflation; it gives us price information at consumer level. PPI tells us the average price producers spend on production. Retail sales convey how much we are spending and if this increases, it causes CPI to rise. PMI provides information about current and future business conditions to company decision makers, analysts, and investors. The Trade Balance is the difference between imports and exports: for instance, in an expansion (economic growth) a trade balance deficit is preferred and vice versa.
3) Geopolitical (politics, international relations, etc.) events are those which are robust enough to have a strong impact on the currency or even productivity. For instance Brexit had harsh implications on the Great British Pound (GBP). Another example is the firing of financial ministers by the South African former president in 2015 which caused the Rand (ZAR) to plummet. Furthermore, trade wars and natural disasters can also have an impact on the currencies
4) Commodity (e.g. grain, precious metals, oil) prices are more impactful on economies that mostly depend on exporting natural resources. For example, the Canadian Dollar (CAD) correlates with some commodity prices.

It is evident that productivity helps us rationalize about a country’s economy. It gives us a glimpse of the state of the employees, businesses and the government of that country so that when we decide to invest in their currency, we do so with enough information and understanding.

Finally, it is important to note that a currency is not just a value; it represents the decisions made by the people in that country. The minute people hold a more holistic view regarding a currency they are trading; they will soon realize how exciting global economics is and how they can enormously profit from it. 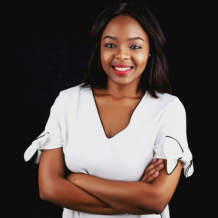